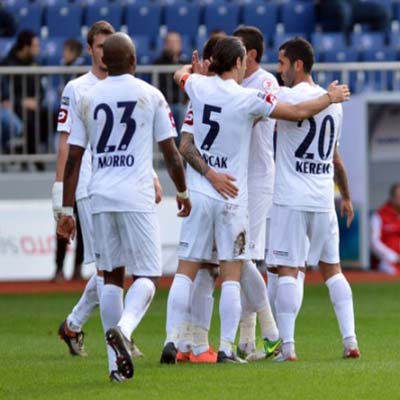 Istanbul Başakşehir Futbol Kulübü, formerly called İstanbul Büyükşehir Belediyespor or Istanbul BB in its abbreviated form, is a Turkish football club. They play their home games at the Başakşehir Fatih Terim Stadium in Istanbul and is owned by the Municipality of Istanbul. The club was founded in 2014. Club’s former name was ISKI SK and owned by Municipality’s water distribution company. ISKI SK competed in Regional Amateur Football League in 1990-1991 season and promoted to 3rd League. After promotion, the club’s name changed to Istanbul BB. The club played in TFF First League until 1996, but after the 2006–2007 season they were promoted to the Turkcell Super League. Finishing 12th in the 2007–2008 season enabled them to remain in the Turkcell Süper Lig for the 2008–2009 season. In the 2009–2010 season, the club finished the season 6th place with a historical success at its own. In the 2012-2013 season, the club finished 16th and relegated to TFF First League. But, it finished 1st League as champions and made immediate return to top level in 2013-14 season. In June 2014, the club’s name changed to İstanbul Başakşehir Futbol Kulübü

After 43 years, on 30 May 2007, the team was promoted to the Süper Lig for the second time in their history. In a dramatic match against Altay, Kasımpaşa came from behind twice to force a penalty shootout, which they won 4–3. They competed in the Süper Lig in the 2007–08 season, but were relegated back to the TFF First League. Kasımpaşa was promoted to theSüper Lig for the third time in the club’s history on 17 May 2009 by beating Karşıyaka 2–1 after extra time in Ankara.