Istanbul among four megacities of Europe

Istanbul now sits firmly among Europe’s “Big Four” megacities alongside London, Moscow and Paris, according to an international report.

JLL, a global financial and professional services firm that specializes in commercial real estate services and investment management, made the revelation in a report titled “Istanbul on the World Stage” Friday.

According to the report, Istanbul has been the most improved “emerging world city over the past five years on a range of performance indicators and its economic fundamentals are stronger than many of its global peer cities”.

The report stated that JLL’s Index of Commercial Attraction sees Istanbul ranking among the world’s top 20 most important business hubs and that among its emerging world city peers, Istanbul stands out for having improved as a trusted financial center, a home to innovation and commerce, and for infrastructure improvements. 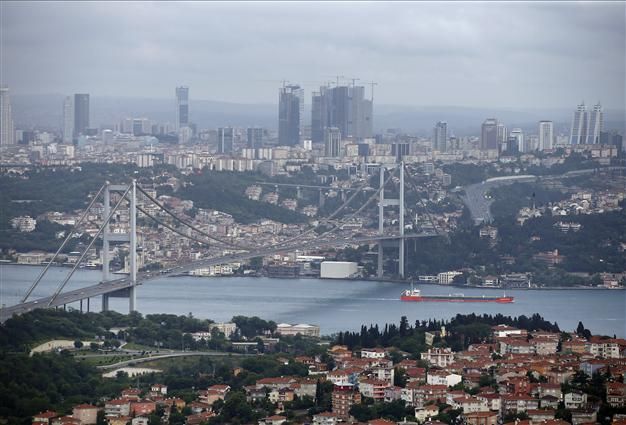 “Expansion of the city’s infrastructure is transforming Istanbul and is playing a key role in its economic dynamism,” it added.

According to the JLL, Istanbul is witnessing an impressive level of new construction.

Avi Alkas, country chairman of JLL Turkey, said in a press conference that the report was made to tell the facts of Istanbul correctly and that the report will provide significant contributions to the city.

Alkas told that Istanbul is the most crowded city of continental Europe.

“Istanbul on the World Stage report sees Istanbul as a dynamic and increasingly successful Emerging World City, despite a background of rising geopolitical risk.

“A combination of growing consumption, a strong demographic profile and an economy driven by the expansion of financial and business services, and the technology sector have fueled strong metropolitan growth,” Alkas added.

Source: TRTWorld, AA
You can see our main page for city tours of Istanbul
http://www.istanbullife.org/tours-in-istanbul/