Istanbul Religious Tours are the spiritual activities that you can do in Istanbul and you can learn the culture & religions in our city.

Our company is recommended in Lonely Planet guide book & Trusted since 2000. 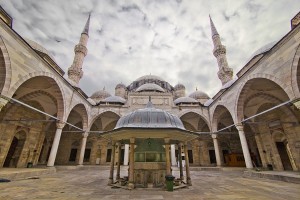 Half Day Sogut and Half Day Sahaba Tour in Istanbul and Turkey Pick up from the hotel around 06 : 30 More info

L-Lectures About Sufism with Dervish EROL