The resting place of Prophet Muhammad’s companions including many who came to conquer Constantinople in the name of Islam and to gain the praises of the prophet himself, Istanbul is a historic place where many companions of the prophet were martyred, the most well-known of which is Abu Ayyub al-Ansari whose tomb is located in the modern-day district of Eyüp

To become worthy of the praises of Prophet Muhammad himself, many brave men lost their lives during sieges of the ancient city. The valor with which these martyrs sacrificed their lives has been described in the prophet’s famous hadith on Istanbul in which he says, “Verily, you shall conquer Constantinople [modern-day Istanbul]. What a wonderful leader he will be and what a wonderful army that army will be.” The hadith refers to Muslim armies that approached Constantinople numerous times in attempts to sieze the city, with thousands of Muhammad’s companions and “tabi’eens” (those who knew the companions of the prophet) in their ranks. However, many of these brave men lost their lives in numerous battles.

According to historical accounts, more than 1,000 of the prophet’s companions are buried in Istanbul’s historic district of Ayvansaray. However, the location of the tombs of 28 companions, who came to Istanbul with Abu Ayyub al-Ansari, have been confirmed.

In that sense, Istanbul can rightly be referred to as “the city of companions.” The tombs of these men, including that of Abu Ayyub al-Ansari and other “tabi’eens,” are frequently visited by visitors, especially in the holy month of Ramadan. To pay our respects to Muhammad’s companions and the tabi’eens, we set off on a journey to visit these historical tombs.

Istanbul Religious Tours are the spiritual activities that you can do in Istanbul and you can learn the culture & religions in our city.  Our company is recommended in Lonely Planet guide book & Trusted since 2000.

The established presence of Islam in the region that now constitutes modern Turkey dates back to the latter half of the 11th century when the Seljuks started expanding into eastern Anatolia. According to religiosity polls, 97.8% of the population identifies as Muslim, and only 2% is non-religious. Most Muslims in Turkey are Sunnis, forming about 73% of the overall Muslim denominations. The remaining Ithna’ashari-Shia denominations consist of the Alevis forming about 10-15% of the Muslim population, Ja’fari community representing 4% of the overall population, and an Alawite community with an estimated population of around 1 million which is about 1% of the overall Muslim sects in Turkey. The urban landscape of Istanbul is shaped by many communities.. 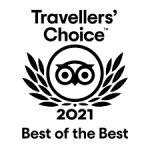 MOSQUES VISITS  IN ISTANBUL PS = If your e-mail is not answered during the day, please contact us on More info

Camlica Mosque Visit in ISTANBUL PS = If your e-mail is not answered during the day, please contact More info

Lectures About Sufism with Dervish EROL