Six-times Euroleague winners CSKA Moscow and nouveaux riche Fenerbahce Istanbul will meet in a mouth-watering showdown on Sunday after winning semi-final thrillers garnished by a special fan atmosphere on Friday.

The semis produced basketball of the highest quality with the favourites living up to their billing against the season’s surprise packages who had defied the odds to reach the Final Four.

Roared on by noisy fans who represented an overwhelming majority among the four sets of supporters forming a 14,000 crowd in the Mercedes-Benz Arena, Fenerbahce had to dig deep against plucky Laboral.

Cheered on by their vociferous followers from the Basque country, Laboral wiped out a 13-0 deficit and led 62-55 early in the fourth quarter after versatile Greek centre Ioannis Bourousis scored eight unanswered points.

Fenerbahce, flourishing after several years of heavy investment by their owners, forced overtime thanks to their key players.

“This is the biggest win of my career but I have an even more important game on Sunday when we face an outstanding CSKA,” Bogdanovic told reporters after finishing with 18 points. 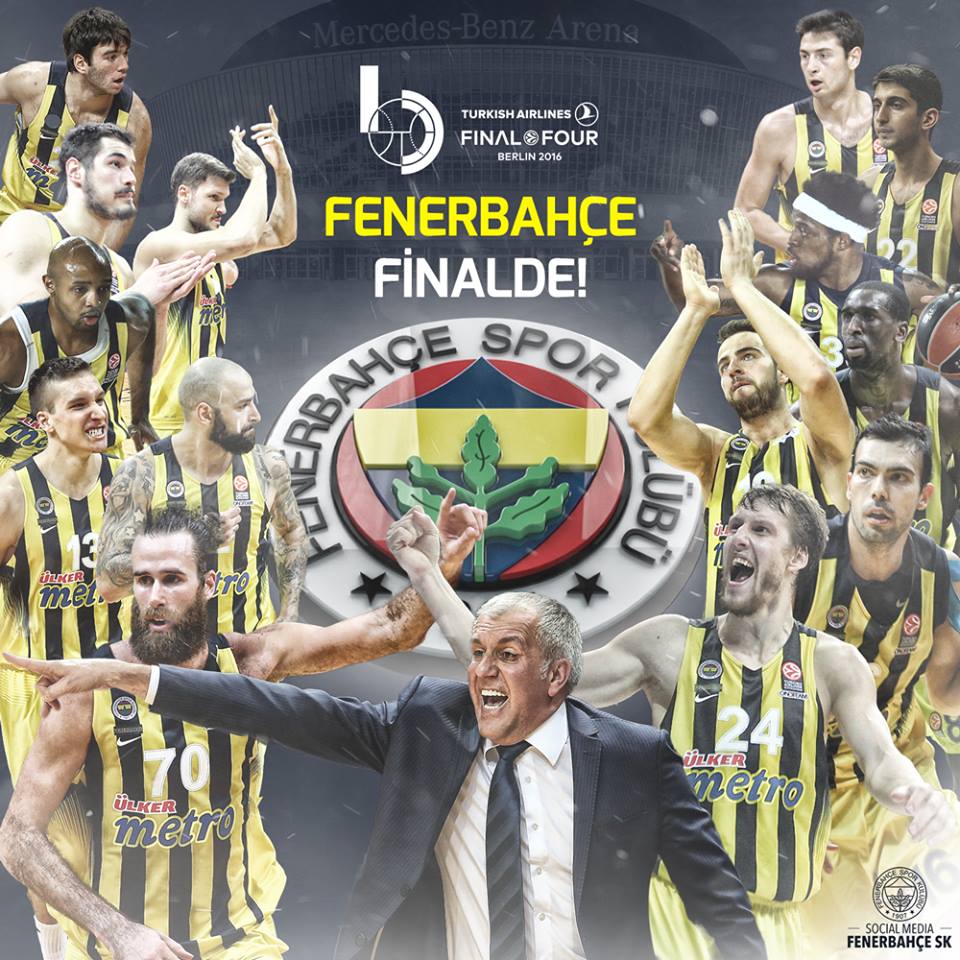 “We started very well but Laboral were always going to be awkward opposition as they have several brilliant players with an array of individual skills. We were a bit lucky perhaps to force overtime and then our confidence grew.”

Macedonian centre Pero Antic said: “We took our foot of the gas pedal much too early but showed resilience when we needed to.”

An outstanding performance by French guard Nando De Colo, who collected a game-high 30 points, gave CSKA another shot at the trophy after a catalogue of near misses since their last success.

Having lost two finals and four semis since landing the title in 2008, Russia’s strongest club led throughout against subdued opponents.

With Lokomotiv suffering stage fright in their maiden Final Four appearance, CSKA romped into a 9-0 lead that became 35-21 midway through the second quarter.

Lokomotiv fought hard to stay in the match as playmaker Malcolm Delaney led their effort with 26 points but ultimately fell short.

CSKA kept their nerve after Lokomotiv reduced the gap to 84-79 with 30 seconds left as De Colo sank a pair of free throws with time running out.

“My performance was the result of a fitting team effort and the most important thing in the final will be to play as aggressively as we did today,” said De Colo.